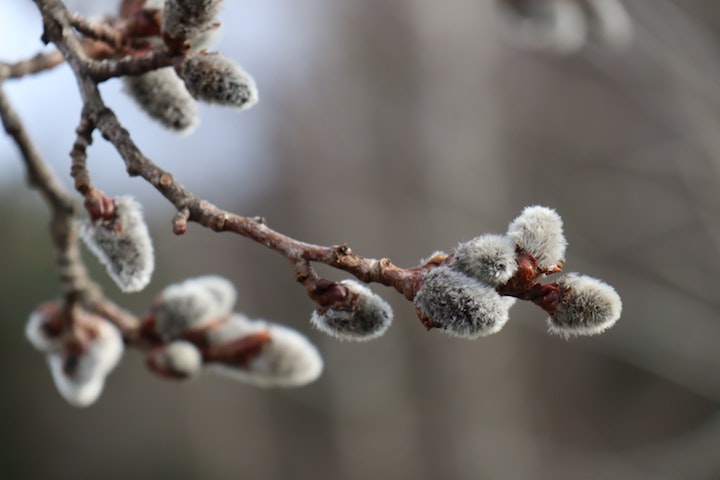 Pūpolsvētdiena (Palm Sunday, while it is more commonly known as “Pussy Willow Sunday” in the northern part of Europe) marks the beginning of the Holy Week.

The most widely known tradition on this day is whipping every household member with twigs of a pussy willow while they are still in bed. The honour fell to the person who woke up first.

The whipping was done while doing a little chant to entice good health, beauty and wealth. There are a few variations:

Livestock was also whipped to bring good health and proper growth. The twigs used for whipping were preserved to bring more blessing to the house.

Other traditions demanded to eat 3 of the catkins so that lightning doesn’t strike the house. Meanwhile, it was forbidden to brush the hair on this day. It was believed that lice would grow as big and plentiful as catkins.

Pūpolsvētdiena in the church traditions

Twigs of pussy willow and juniper would be blessed in the church on this day. They would be dried and kept to give a blessing to the house; in the following year on Good Friday or Easter Sunday, they would be placed in a pot with a hot coal to smoke out evil spirits from the house. It was also common for a child to eat at least one of the blessed catkins.

Dishes traditionally served on the day were round, and they included

Photo by Rafał Rudol on Unsplash