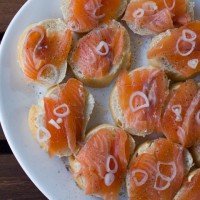 Salt-cured salmon (mazsālīts lasis) has been a delicacy for a while – it was served to upper classes and was highly regarded in the Late Middle Ages, while in early 20th century sugar was added to the recipe, making cured salmon a popular party treat.

When I was growing up, cured salmon sandwiches was an extra special treat – salmon was extremely expensive and hard to get. Years later, cured salmon sandwiches topped with finely sliced onion and sprinkle of pepper had become a staple at (not so highly regarded) cafes and bistros, where they would mainly serve as a chaser for vodka shots. Nevertheless, it is a classic dish, enjoyed by both young and old. The best part is that cured salmon is extremely easy to make and only requires handful of ingredients. Scandinavian version (gravlax) would require addition of dill, however, this version of the recipe is not very common in Latvia. 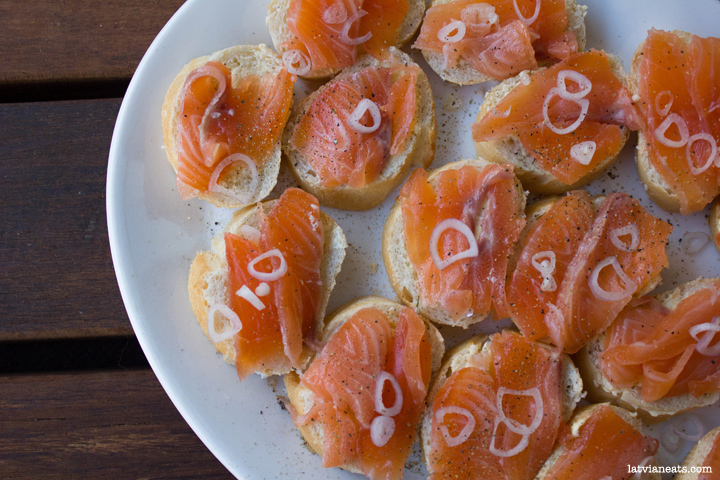