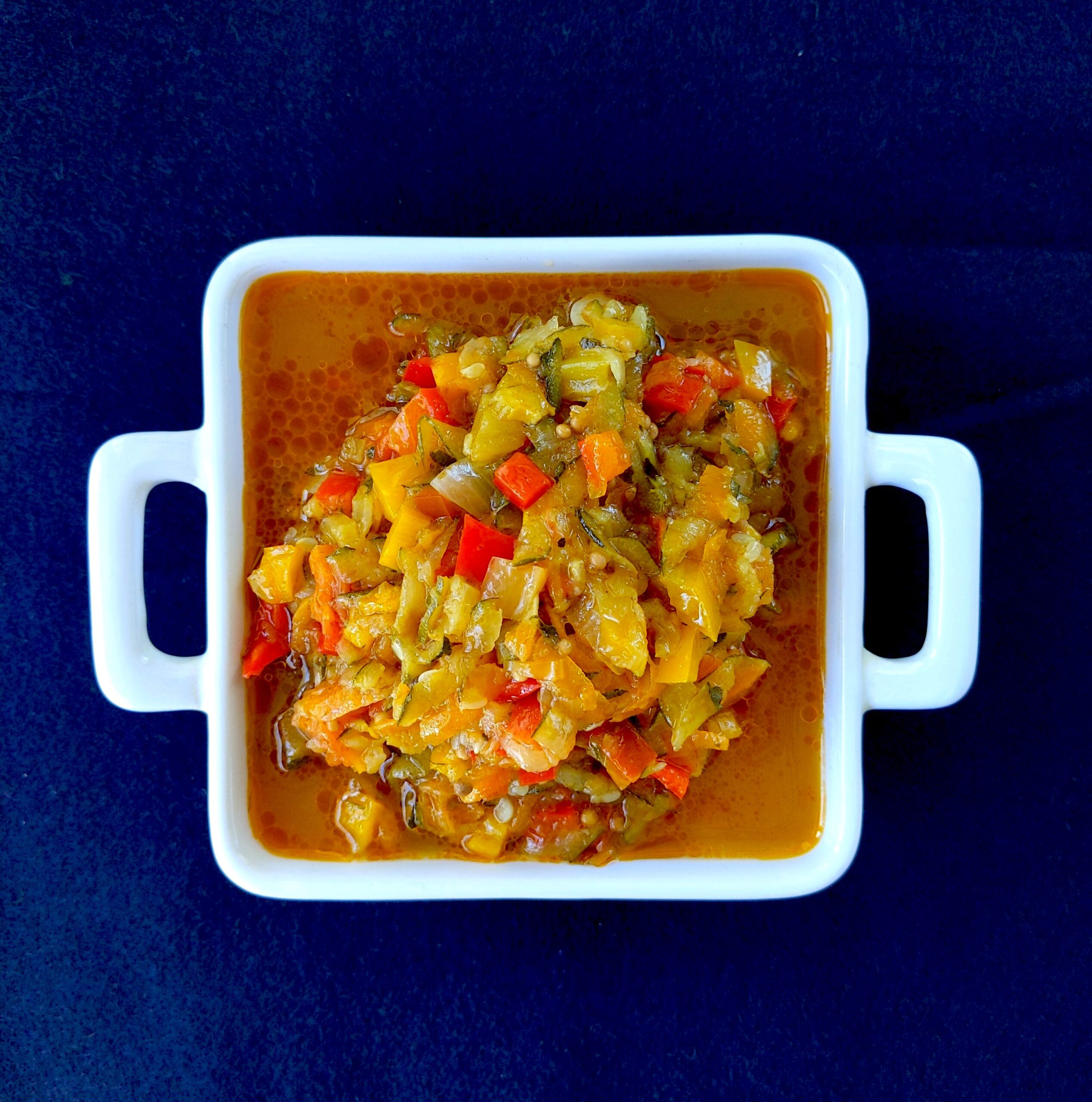 When you finally have figured out when produce is in season in Australia, you get pleasantly surprised that squashes – zucchini, marrow, pumpkin –  are in season at the same time in the Northern and Southern hemisphere – mid August to early September.

Personally, I prefer marrow – it has more robust flavour than its cousin zucchini, even though in some instances it ends up coming from the same plant. Zucchini usually is harvested relatively early and it has solid green colouring. Meanwhile, marrow is usually twice the size of zucchini and has thicker and striped or patterned skin. Marrows are great as they are – sliced, pan-fried and served with sour cream and caramelised onion.

But what if you have abundance of zucchini or marrow (or it is dirt cheap at markets)? Latvian answer to it is to make kabaču salāti – literally ” marrow salad”, but I’ll settle with “zucchini relish”.  It is produced in large quantities every autumn for consumption in the winter. This relish is great with meat, fish, rice, pasta, even as an addition to soups.

To keep the relish for winter/summer, you will need to sterilise the jars, following steps here. The best way is to place the relish in jars while it is still hot, they will seal much faster. You can keep the relish in cool, dark place for up to 6 months. Just a note – it won’t taste like much just after cooking, however, the flavours will develop after 24-48 hours after cooking.