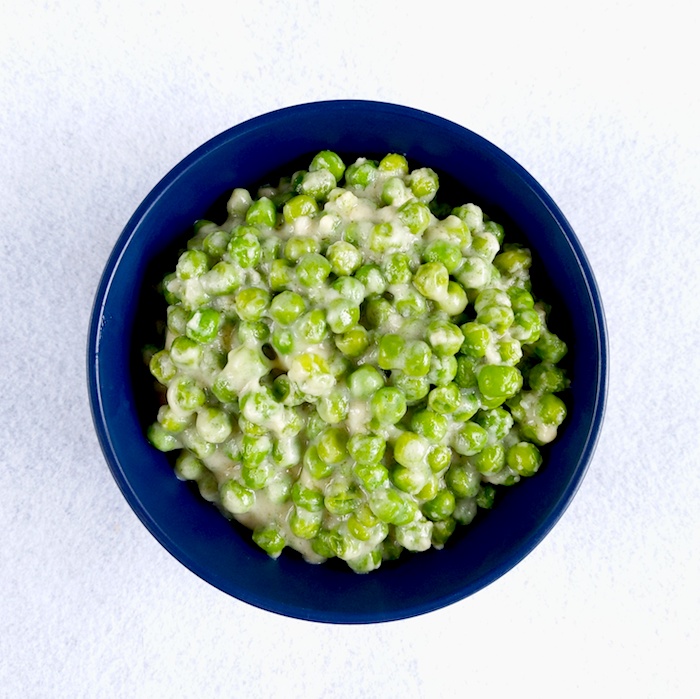 Green sweet peas… In  my opinion, they are the best straight from the plant, shelled and eaten while still out in the garden. But with their limited growing season, space required to produce significant yields and considerable manual labour involved in shelling them, most will enjoyed the peas frozen.

My 1920s cookbook, of course, does not include this luxury of frozen vegetables. Recipe #242 talks about shelling green peas: “take 2 quarts (stopi) of peas and shell them. Place in boiling water and boil until soft. Strain the water, add 1 glass of milk, throw in 1 tablespoon of butter, 1/2 tablespoon of flour, same amount of sugar, bring to a boil, add necessary salt and serve with ham or tongue“. Meanwhile recipe #265 is very similar, if not lacking some of the detail and instruction: “shell the green peas, wash them and boil until soft; add necessary salt and sugar, couple tablespoons of butter, and finally a little bit of flour. Serve with tongue.”

First, “stops”, pronounced with “o” that does not quite exist in English language, is a historic unit of measurement of volume or capacity, equal to 1.273 litres. I haven’t been able to find a modern equivalent for it, closest would be an imperial quart.

Second, as mentioned, it would be quite hard these days, at least in Australia, to come across 2.5 litres of unshelled garden peas. Internet search reveals, that shelled peas would equal 40% volume of peas in the pods.

Third, I have developed lactose intolerance, so I used oat milk as a substitute in the recipe, and it works out quite well.

Fourth, the book must be read in connection to other recipes. While the recipe for peas would suggest to serve them with tongue, the recipe for roast chicken also calls for sauteed peas.

All in all, this is a very quick, easy and quite filling little dish. However, more commonly a dish of sauteed carrots and peas (burkānu un zirnīšu sautējums; recipe in my book) is served – either as a side or main.